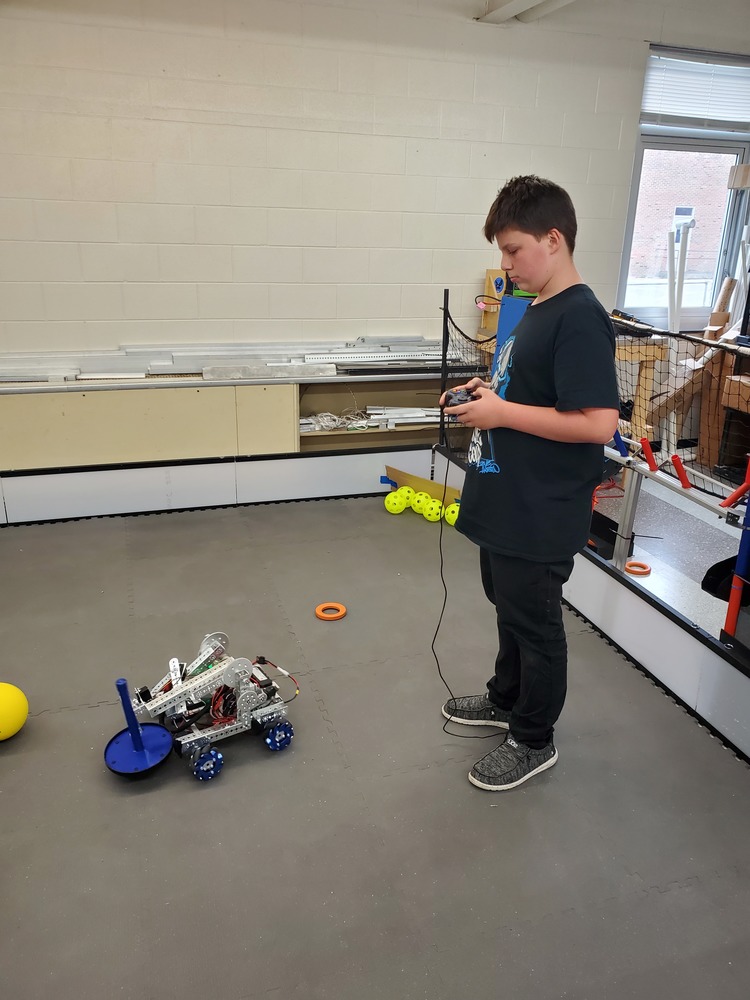 JH Robotics Team Up and Running

The Marion Junior High Robotics team is up and running. Thursday, September 24th we had our kick-off event where we watched the presentation of the problem that our robot needs to solve this year. We also talked about strategy, responsibilities of working as a team, drove last year's robots, and started taking them apart so we can start from scratch as is required by the rules of the game.

The game, called Freight Frenzy, requires the robots to move different types of freight to specific areas of the playing field. Freight consists of 3 differently weighted cubes, spheres, and rubber ducks. To get to some of the freight, the robots must traverse over barriers. There are two periods of play: the Autonomous period that lasts 30 seconds and the Driver Controlled Period which lasts 2 minutes. The last 30 seconds of the Driver Controlled Period is called the End Game during which extra points can be scored.

When we go to our competitions, we will compete with an alliance team against two other teams. Each match, the alliances change. So in one match, a team might be in your alliance, and in the next match, they may be your opponent. This fosters an amazing relationship among teams where they help and encourage each other as well as share ideas, parts, and code to run the robots. It is a true 'one for all and all for one' mindset. Very different from other types of competition. 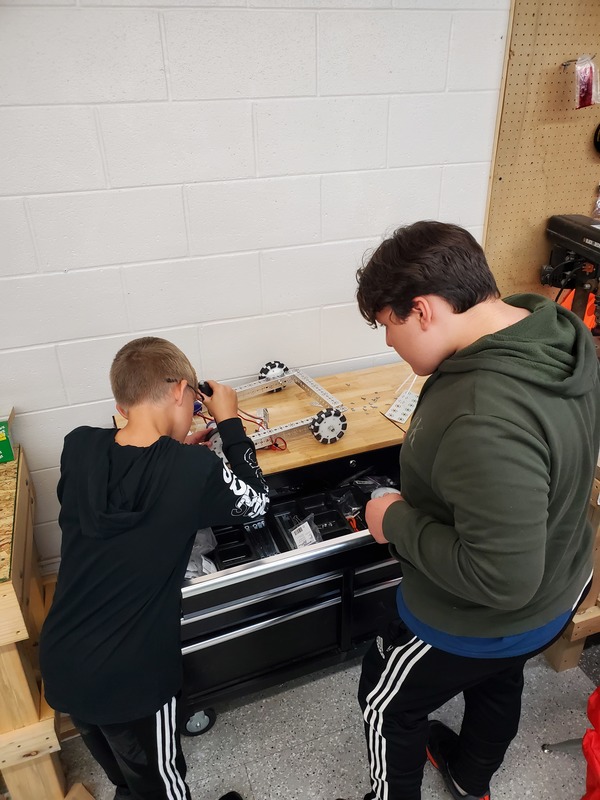 Cayden M and Taha E working on dismantling one of last year's robots. 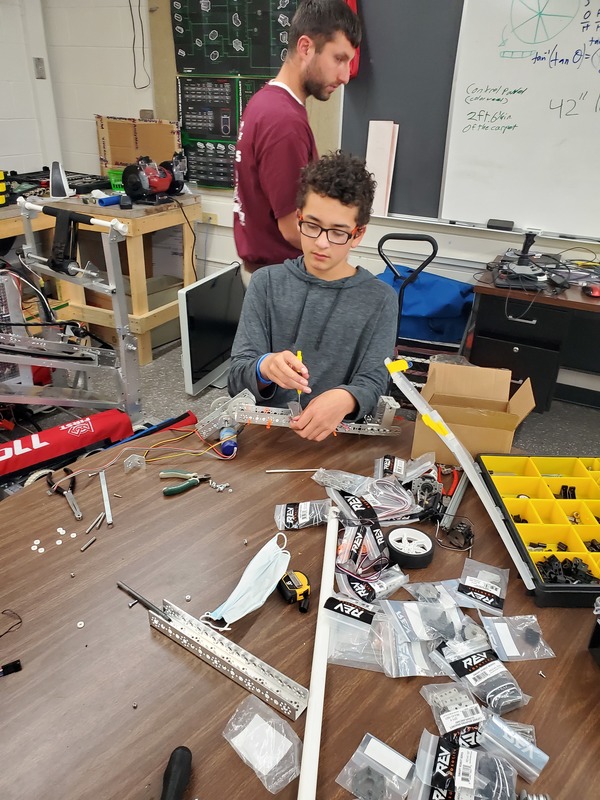 Chase M dismantling an arm from one of last year's robots. 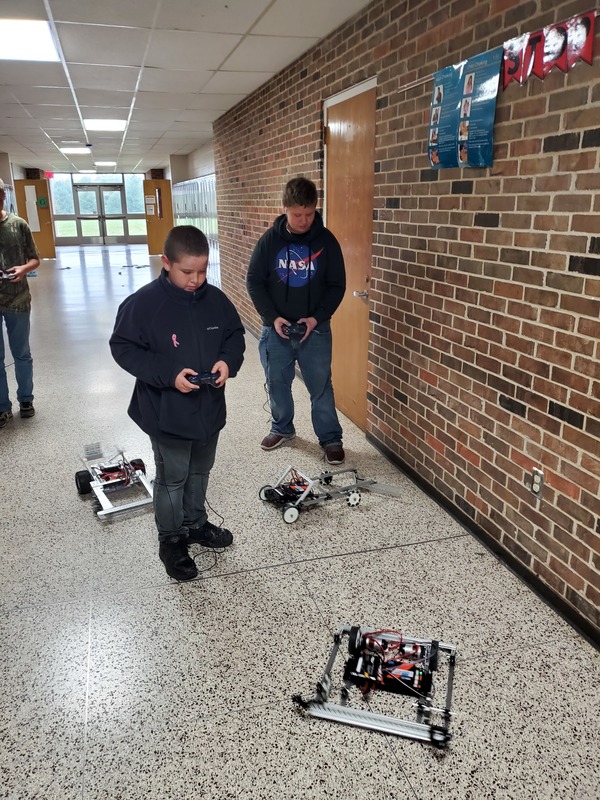