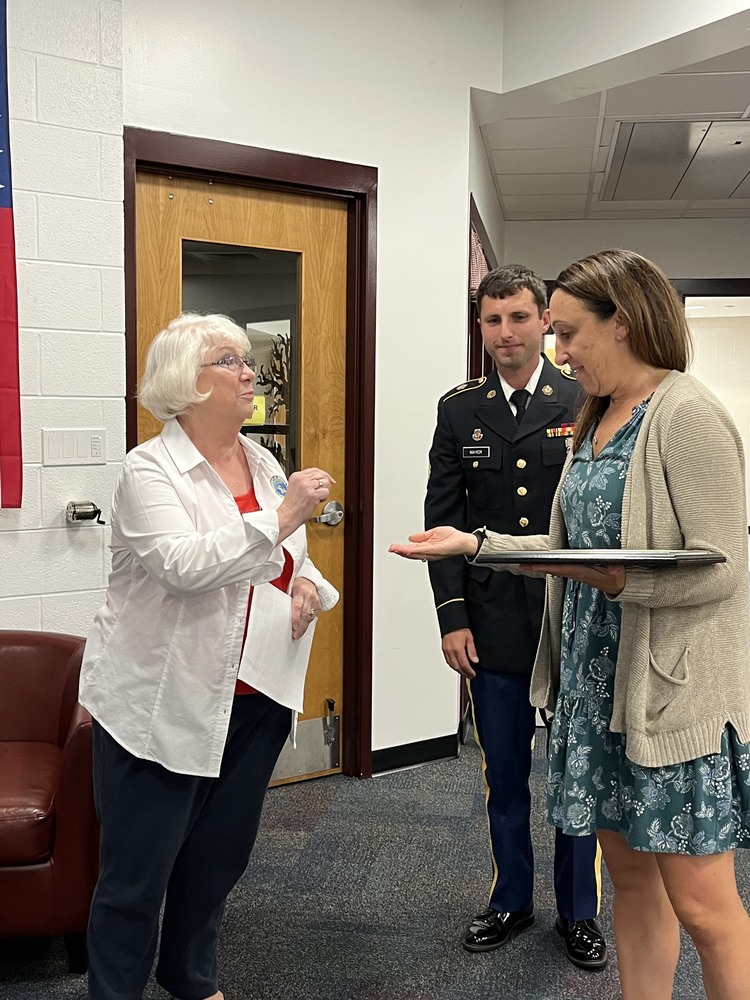 Danyel Prielipp was awarded the Department of Defense's Patriotic Employer Award at the September 19th School Board Meeting.

On behalf of SSG Mayer, the 126th Army Band, the Michigan Army National Guard, and the Department of Defence: Thank you for contributing to National Security and Protecting liberty and freedom by supporting employee participation in America’s National Guard and Reserve force.

ESGR seeks to foster a culture in which all employers support and value
the employment, and military service, of members of the National Guard
and Reserve in the United States. We, as volunteers, do this by advocating
mutually beneficial initiatives; recognizing outstanding employer support;
increasing awareness of applicable laws and policies; resolving potential
conflicts between employers and their Service members; and acting as the
employers’ principal advocate within the Department of Defense. We
accomplish this by:
Educating Service members and their civilian employers, about the
Uniformed Services Employment and Reemployment Rights Act or USERRA.
Mediation as trained volunteer ombudsmen concerning the USERRA law,
when needed.
Advocating on behalf of employers, Service members and their families,
as a communication link between them and the Department of Defense.
And the reason for this award:
Recognizing employers that support employees serving in the National
Guard and Reserve, by presenting Department of Defense awards, to those
employers nominated by their Guard or Reserve employees. The Patriotic
Employer award is given by the Office of the Secretary of Defense for
contributing to National Security and Protecting liberty and freedom by
supporting employee participation in America’s National Guard and Reserve
force.

“I am a teacher, so any time away from my classroom is hard on both my students and me.  Danyel Prielipp makes military leaves of absence stress-free.  She has gone as far as checking in on my classes and updating me on how my classes are going while I’m called away for extended periods.

Behind the scenes, Danyel has adjusted committee schedules to accommodate days I am absent.  She also advocated for the contract language change to allow paid personal days to be used while absent due to drill or other orders.  This contract language change along with other military duty-related language has since been approved by the Marion Public School Board.

On behalf of SSG Mayer, 126th Army Band, Michigan Army National Guard, and the Department of Defence: Thank you! 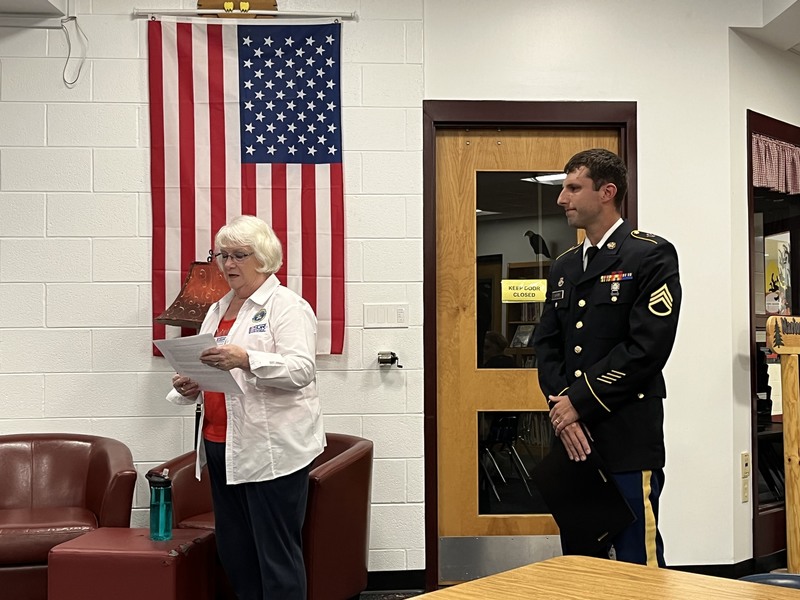 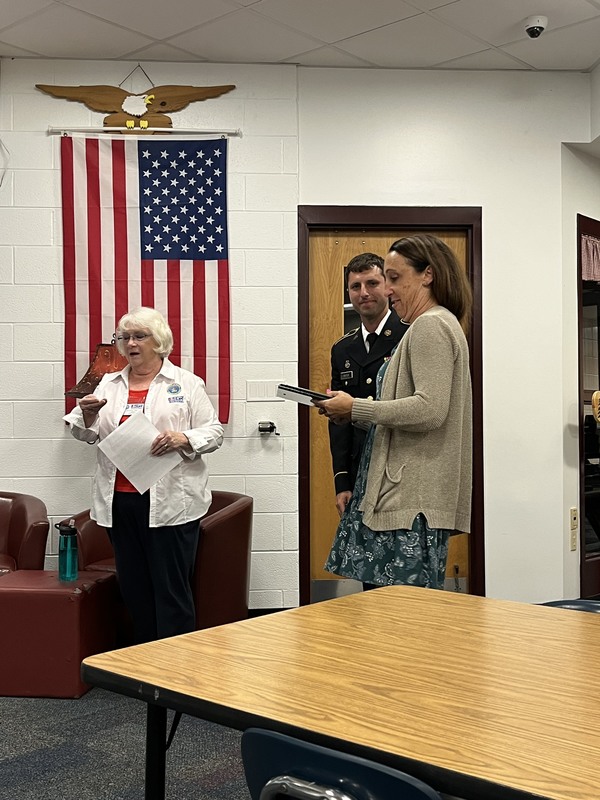